Check out the lineup that performed at the 2012 Riverfront Blues Festival. 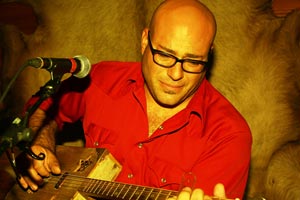 Kevin Van Dort is a native Montanan raised on a mountain top in the Flathead Valley. He began playing music at the age of 19 in Las Vegas NV. He joined the Las Vegas Blues Society and use to sneak in to Sonny’s Saloon (Where Treasure Island Hotel is now) and play harmonica which put him in close quarters with blues greats such as James Cotton.
Kevin has shared the stage with Keb’Mo, Jimmy Rogers, Guy Davis and Matt Schofield. His style blends early delta slide on a barn wood tenor guitar with powerful classic vocals reminiscent of 50’s and 60’s era bluesmen. Kevin now lives in Missoula, Montana and is looking to release an LP early in 2013. “His voice is raw and pure and has the tonal quality of Ray Charles.” – MTStandard.com
Back to Top 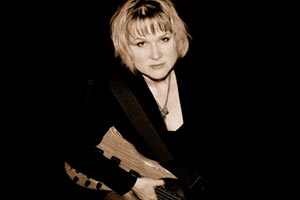 Portland, OR based Lisa Mann is the 2009 recipient of the Cascade Blues Association’s Muddy Waters Award for Vocalist of the Year, and was elevated in 2010 to the CBA Hall of Fame with her third win in a row for Bass Player of the Year. Lisa and Her Really Good Band represented the Cascade Blues Assn. at the International Blues Challenge in Memphis, TN in Feb 2011, where they made the semi-finals. Her influences run the gamut, from low down blues sisters Etta James and Koko Taylor, to singer-songwriters like Bonnie Raitt and Sheryl Crow, to R&B belters like the late Little Milton. She writes the majority of her recorded material, and her songs paint pictures of a gritty history of personal experience in life, love and the not-always-pretty music business.
Back to Top 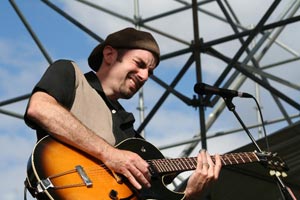 Kevin Selfe is a man who has dedicated his life to the blues. For more than a decade, he has been sharing that love and dedication with audiences from coast to coast, building a loyal following wherever his energetic mix of traditional and contemporary blues is heard. Although many have played the genre before him, Kevin’s path to, and through, the blues is an interesting one and is what draws people to his music. In a world of teenage guitar prodigies, Kevin learned to play the guitar at a relatively late age while studying Meteorology at North Carolina State University in Raleigh, NC. “I had plenty of time to practice in my dorm room”, Kevin explains “because my major was not real popular with the ladies.” He jokingly but honestly adds “They used to call us the weather dorks”. “My roommate was a bass player and he introduced me to this whole new world of music that I wasn’t aware of. While everybody else was into the grunge thing, we were listening to Howlin’ Wolf, Muddy Waters, and Elmore James. It was like this big light went on in my head.”
After graduating Magna Cum Laude with a degree in Meteorology in 1995, Selfe felt like there was something missing, something else calling him. He decided to abandon a potential career as a weatherman, and pursue the music that consumed his soul, the blues. Kevin states “I don’t think I ever really chose to play the blues…I think somehow the blues chose me.”
Back to Top 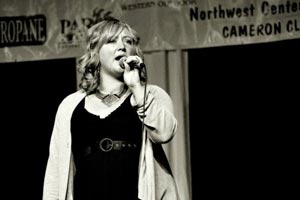 Billee started out as a small town girl wtih a mother that sang in church and played the piano. Billee joined her mom singing in church and has been singing ever since. Billee has faced many hardships in her life but it has provided her the fuel and soul for the passion in her singing and she uses it to overcome and embrace who she is. She moved to Montana when she was a young girl. After a few years she was lucky enough to run into the “Phat Cats” and now they are gigging together and making awesome music.
Back to Top 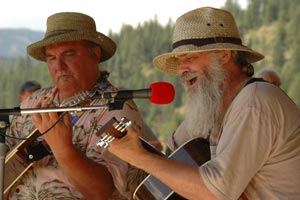 This duo plays a wide variety of music from old country folk blues to more contemporary blues. Influences range from Leadbelly to T Bone Walker to Tom Waits. Alan comes from a small western Kentucky town, Blandville, 8 miles from the Mississippi River; he moved to the Yaak Valley in Montana 40 years ago and is now a retired woodsman. Alan does the vocals and plays one armed rhythm guitar. Frank comes from Los Angeles, California, he is a master guitar and stringed instrument player and teacher. He was a main player in the popular “Live Wire Choir” Band that toured and played throughout he Northwest in the late 1970’s and early 80’s and he played with Vassar Clements when he toured the Northwest in the 1990’s and early 2000’s. Frank moved to Troy Montana in the late 1970’s and started a music and recording studio which later expanded into NorthWest Music and Recording and Hot Club Cafe. Alan and Frank have been playing together for 12+ years as a duo and in the Alan Lane Band; they have recorded three cd’s, and are working on a fourth. The Lane/Chiaverini sound is unique, eclectic, and something you gotta see and hear!
Back to Top 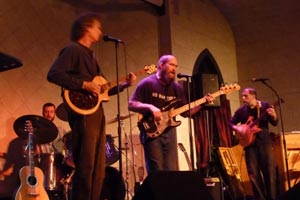 Ken LaBarbera, known for his wonderful blues, jazz, and rock styles, is a self-taught guitarist who has taught improvisation with Paul Mondello Drums. He formed his first professional band, the Mannish Boys, in 1983. He moved to Naples, Idaho, in 1992. His current band is Cryin’ Shame, with Truck Mills, Drew Browne, and Jeremy Kleinsmith.
Acclaimed Northwest guitarist and multi-instrumentalist Truck Mills is a musical explorer. No pith helmets and jungle expeditions here, though. Instead, he travels from his home in Sandpoint, Idaho, diving into music from South America, Turkey, the Middle East and beyond, and filtering these influences into his wholly original music. Getting his start, as many young guitarists in the 1970s, with the country blues, Truck has always searched for a spark of inspiration in music. In the 70s, he found this inspiration in the transcendent slide guitar playing of Blind Willie Johnson, or the soaring gospel singing of Mahalia Jackson, both of which he worked for years to master. Now he finds his inspiration in the Middle-Eastern oud, or the South American charango, or in writing his own compositions. He’s looking for music that touches deep inside all of us. When he finds that music, he dives in head first, immersing himself in a new tradition. A typical Truck Mills show can feature deft, rapid fingerpicked guitar, lap steel or slide guitar, a gospel song, an old cowboy song remixed with a samba beat, an improvisation on the oud, and beautiful original compositions on the Turkish saz. This kind of musical world-melding can be a dizzying experience, and Truck’s music has been described as “Afro-Latin influenced barrelhouse blues being played by Irish immigrants in a Turkish restaurant on Bourbon Street.” It’s a global mix of music, for sure, but Truck’s impeccable musical taste ties all these influences together into a neat package. He’s looking for the heart of the music; the spark that inspires us all.
Back to Top 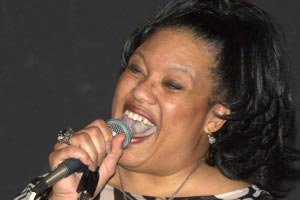 The dynamically talented vocalist Vicki Stevens, originally from Las Vegas, now makes Albany, Oregon her home. For the last five years, Vicki has been singing with local bands from the Eugene blues scene to Salem to the Oregon coast winning vocal competitions and audiences throughout with her gifted vocal styling and charismatic stage presence. She has also made a name performing the National Anthem for several different events such as the Portland Trailblazers, The Prefontaine Classic Track meet held at the historic Hayward Field in 2007, University of Oregon Ducks Men’s and Women’s basketball games and track meet competitions. Vicki’s vocal style is heavily influenced by gospel, blues, jazz and country (new and old).
One of her recent accomplishments includes being in the final cut of performers competing to make it onto the NBC television show Nashville Star, which is country music’s version of American Idol. Vicki now commits her full attention to her own blues based band called The Vicki Stevens Band which formed in October 2008, plays a mixture of rock, R&B, blues and a dash of country (cover tunes and well-penned originals). She will be going into the studio this spring to record her second album with the VSB. Also now available is the VSB’s first professionally recorded and produced DVD of their live performance at the anually held Eugene Celebration in summer of 2009. Now available at all scheduled performances for purchase.
Back to Top 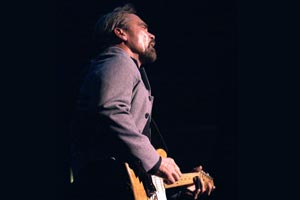 Many a bluesman paid backbreaking dues chopping cotton in the flat Delta fields of Mississippi and Arkansas. There was no cotton crop to tend to in the grimy rust belt town of Youngstown, Ohio in the 1960’s, but there was grinding, dirty work for some, as human grist in the mills of U.S. and Republic Steels. It was this dismal blue-collar legacy that Nick Vigarino was born to.
Vigarino had his way out of this existence before he even knew it. Nick fell into possession of a battered guitar, feebly equipped with one string. As fate would have it, he learned to play the guitar in the exact same way as a hundred seminal blues musicians had two generations before him, on a homemade one-string diddley bo. With a poet’s fierce commitment to birthing his own music, he continued to play on ever-improving instruments the angry and mournful melodies in his head, carrying his music into the bars and roadhouses of Ohio, Pennsylvania, and West Virginia.
Vigarino radiates an unpredictable fervor with slashing slide guitar, powerful vocals, funky licks, modern lyrics and his slop jar delta funk blues. His style elevates the blues to a place where the roots are respected, yet nudged towards the future. He consistently captures, then rivets listeners with precise, passionate performances. – Jefferson Magazine (Sweden)
Nick has has performed in 13 countries and been nominated for 27 music awards in 3 countries of which he garnered 14. Vigarino was inducted into the Washington Blues Society Hall of Fame in 2010.
Back to Top 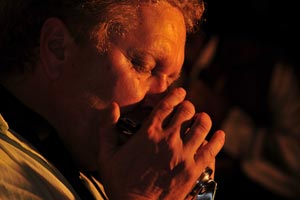 Jim King is a multi-talented musician. Veteran of thirty five years as a professional, he has played with some of the best musicians and bands on the NW Blues scene. As a band leader, front man or featured side man he has appeared with The Royals, The Nightsticks, Two Scoops Combo, Junkyard Jane, Lil’ Bill and the Bluenotes, Jr. Cadillac, The Fabulous Wailers, David Vest and the Texas Horns, Nick Vigarino, Becki Sue and her Big Rockin Daddies and national touring acts Sista’ Monica and Rockin’ Jake.
He has received multiple nominations for best horn, best harmonica, best male vocalist, best band and performer of the year from the Washington Blues Society B.B. Awards and the Cascade Blues Society Muddy Awards.
After seven years fronting Becki Sue and Her Big Rockin’ Daddies that included appearances at the IBC in Memphis, The Blues Heritage Festival in Helena Arkansas, Clarksdale Mississippi, The legendary Yale in Vancouver B.C. The San Felipe Blues Festival in San Felipe Mexico The Magic City Blues Festival in Missoula Montana, and every major Blues Festival in the NW he has formed and leads
JAMES KING & the SOUTHSIDERS, a high energy powerhouse blues band that will be a force to be reckoned with in the near future for the NW blues scene. Jim describes his band as Texas Roadhouse Blues, Juke Joint Boogie Woogie, and real live party music.
Back to Top 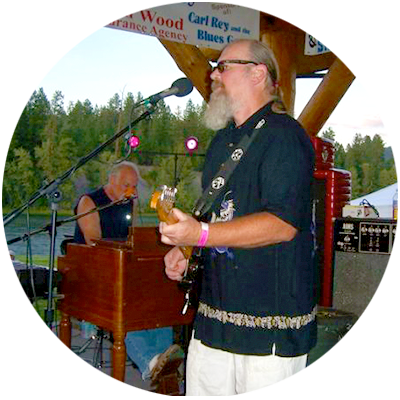 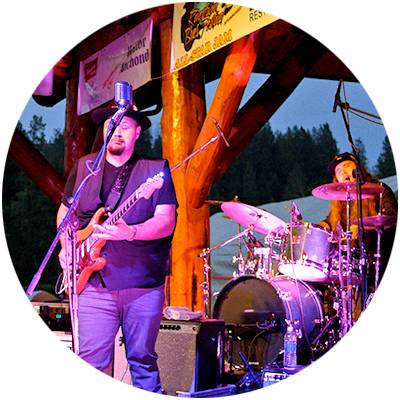 Make sure you reserve a place and save money by purchasing your tickets ahead of time. Tickets can be easily purchased online or at a local retailer! 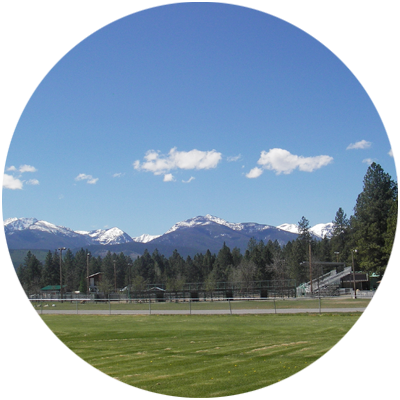 We offer camping in a beautiful park for only $10.00 a night for both Friday and Saturday nights. Bring your trailer, RV or tents! We provide restrooms and showers as well as a free shuttle to and from the Riverfront Blues Festival venue!